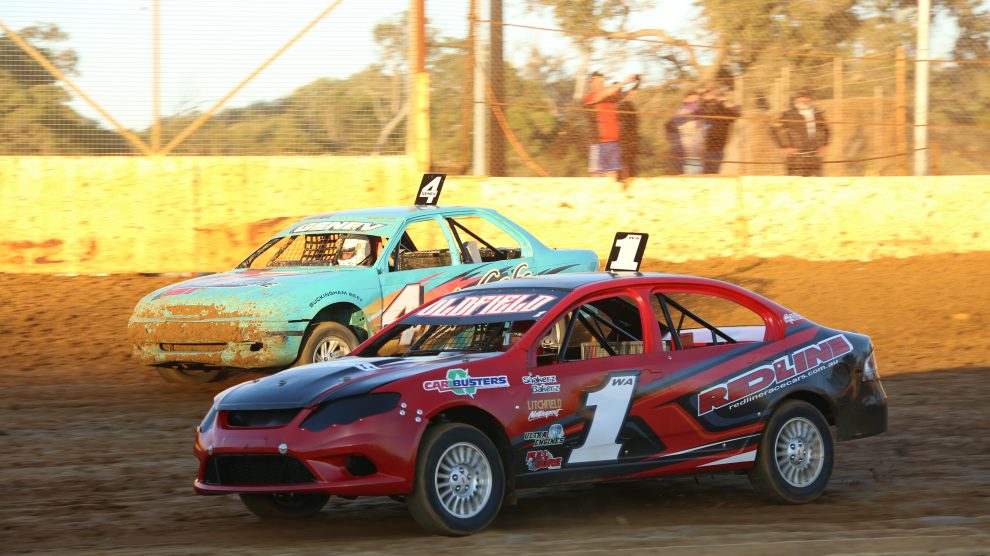 The Make Smoking History Bunbury Speedway’s next meeting will be on December 15 for the Dan Love Summer Cup for Street Stocks.

The Dan Love Summer Cup for Street Stocks is a prestigious event that has been part of the Bunbury Car Club’s calendar for well over the past two decades. This event has bought fierce competition with it from all over the state since its inception.

Hamon had the measure of his rivals in a stop start affair, and at every stoppage, cleared away from the opposition.

Hamon would win by a quarter lap over Paul Briggs and fellow Collie competitor, Cody Avins, while Damien Amato and Ethan Genev would complete the top five.

This seasons event will be no different with the States biggest names in Street Stock racing all wanting to put their name in the history books for one of the biggest blue ribbon events for the Speedway Sedans season.

Supported by Legend Cars, Junior Sedans, Production Sedans and Amca Nationals this event is one not to be missed by the Sedan lovers.

Featured Photo –  former State Champion Jason Oldfield doing battle with Ethan Genev side by side for position, expect action like this on December 15.