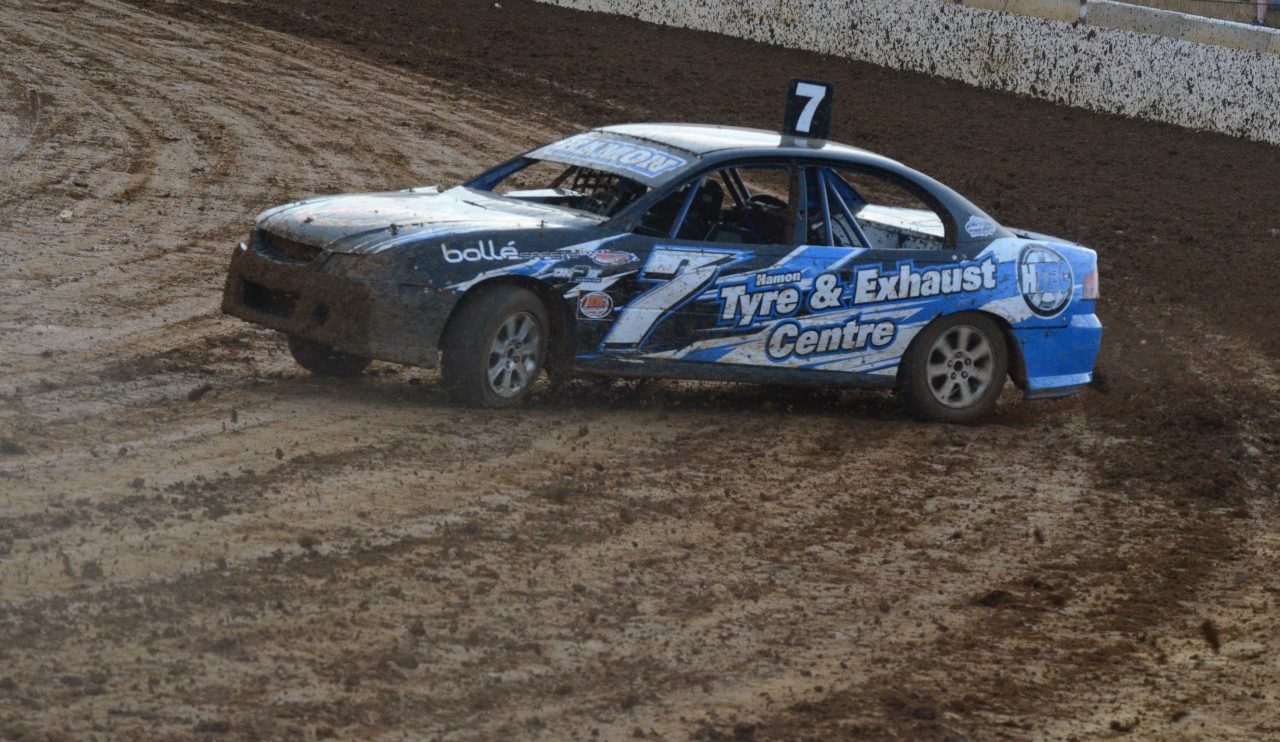 Hamon engaged in an entertaining battle with fellow former National Champion Jamie Oldfield for much of the thirty lap distance after Oldfield defeated Hamon and high points man Paul Joss in th…e Pole Shuffle to earn the right to come from position one.

Oldfield led the opening few circulations before Hamon closed the gap and grabbed the lead, with Oldfield and Joss trailing him.

Hamon survived a number of restarts out in front before Oldfield finally gained an advantage on a lap twenty restart, diving through to retake the lead.

This left Hamon doing the chasing once again, but he too was being pursued by Joss and Barry Rewell, all four drivers locked in battle.

The transponder records will show that the lead changed five times, but each lap saw more swapping than could be counted, Joss closing fast in the dying laps to pass Oldfield and then duck under Hamon to cross the line first.

However, it was not to be for Joss, being relegated after the race for an infield pass, seeing Hamon officially the winner ahead of Oldfield, while Joss was third.

Also on the program Drew Ogle took the win in the Production Sedans, Lee Aylett won the development round of the Super Sedans and Deagan McNally outlasted his rivals to claim the Junior Sedan Feature win.