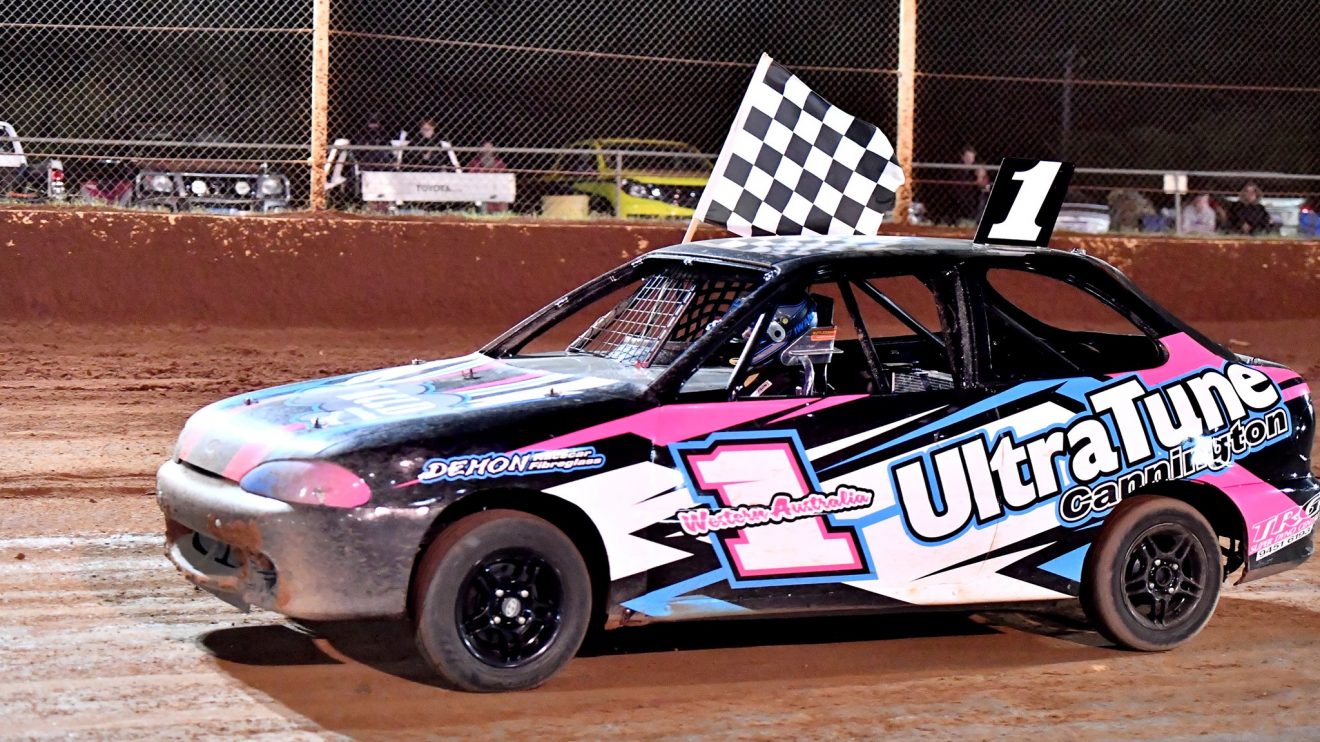 Iwanow started off pole and dominated the entire 20 lap distance bar one lap, after fellow front-row starter Brandon Buzsan got the early jump, but that lead would only last one lap with Iwanow finding a way pass on the inside of Buszan after the local driver ran wide out of turn four.

From then on in, it was a one-man show out in front, with Buzan trying his best to keep up with the leader, just to see him run away into the night.

The race was for third all night long, with a four-car battle brewing the entire middle stages of the race, with Kurtis Blackburn, Seth Hinsey, Matthew Thompson, and Izak Davies all having their shot at the last step of the podium.

It wasn’t until lap 14 where we saw our first caution with Thompson coming to a stop on turn two when his car run out of noise and was unable to re-join.

They say cautions bread cautions, and another yellow was to come out after one completed lap, as Hinsey and Blackburn collecting each other on turn two leaving Jonty Barnsby nowhere to go and collecting the stationary Hinsey.

Blackburn was relegated to the rear of the field for the accident, while Hinsey was able to restart in position three, but he wouldn’t hold that for long, when Davies, who started in position seven collecting third place in the dying laps of the feature.

But there was no stopping Iwanow, who would go on to take the chequers ahead of Buszan, Davies and Hinsey.

In her first run in Top Star competition, Lexie Smith would finish in sixth position with the drive of the night in the feature to be in touch with the chasing pack in the dying stages.

In the New Star Feature, Deagan McNally would come out on top, coming from the second row to take the win a hard-fought race with Jayden Blackburn and Olivia Smith rounding out the podium.

Other feature wins over the night went to Paul Joss in the Street Stocks, Wayne Leviston in the Productions, while Kyle Larson took the honours in the Super Sedans.