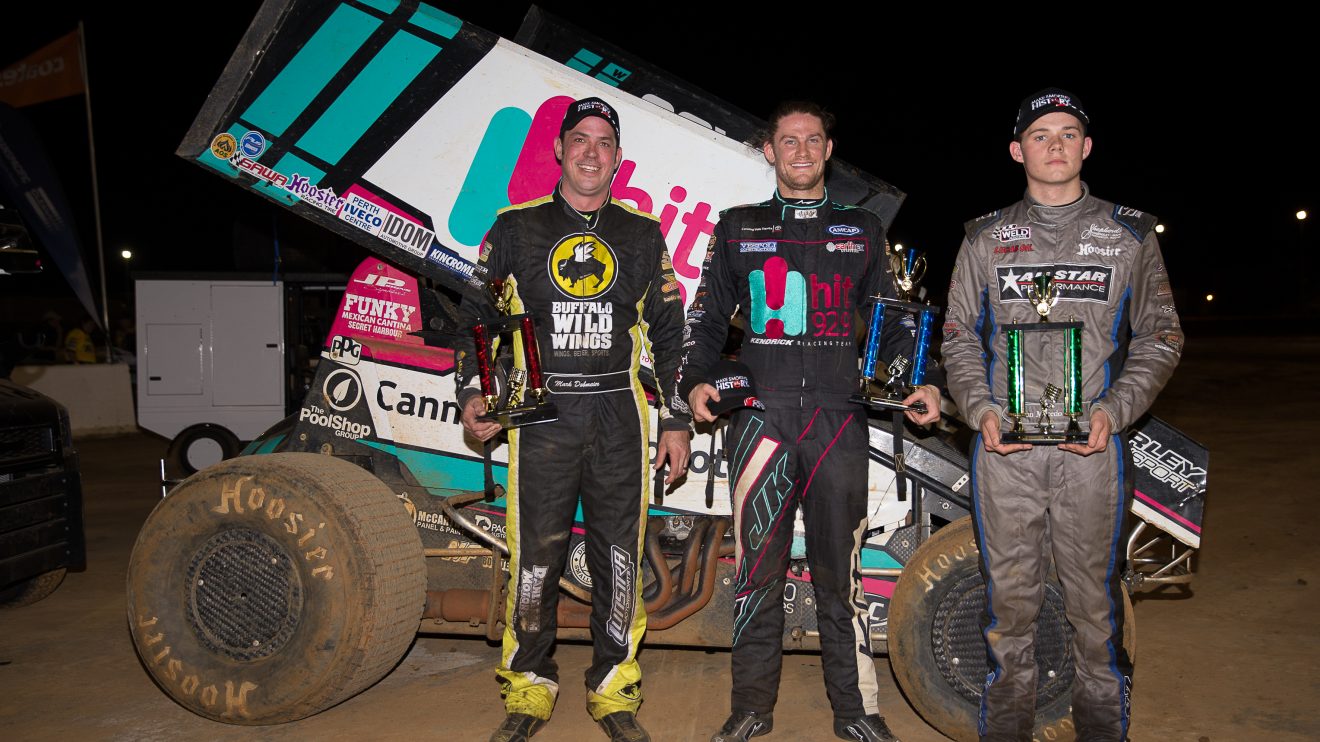 With a little bit of luck falling his way, Jason Kendrick has taken out the final round of the USA vs WA Sprintcar Speedweek on New Year’s night at the Make Smoking History Bunbury Speedway.

With the victory, he also claimed victory in the USA vs WA Sprintcar Speedweek, winning the four-round mini-series over Price-Miller and Brad Maiolo.

Mylup’s Maiolo, who started on the front row alongside Kendrick jumped to the early race lead as the 30-lap main event went green and lead quite comfortably during the opening half of the race, until disaster struck, as while lapping the slower car of Chase Karpenko he made contacted which saw him go upside down at lap 14.

This would send Kendrick to the front of the field not just in the feature race, but also the lead of the Speedweek points as until the time if the accident, Maiolo was in the box seat to take the overall victory in the mini-series.

This elevated both Dobmeier and Price-Miller onto the next two spots on the podium as both drivers jostled for position until Dobmeier finally got the best of Price-Miller with 10-laps to go.

The gap between first and second decreased rapidly as Dobmeier started to reel in Kendrick, as a last lap mistake by the leader set up and exciting run to the finish, but it was Kendrick who was able to hold on for victory in a Kendrick Racing 1-2 finish.

In the other feature races over the night, Craig Bottrell grabbed an exciting last gasp win over Grant Chisholm and Alex Williams in the Limited Sprintcars, Gary Higgs was too strong for his opponents in the Super Sedans while Jamie Harris continued his stranglehold on the Legend Car events at the Make Smoking History Bunbury Speedway taking out his third feature in a row in the division.