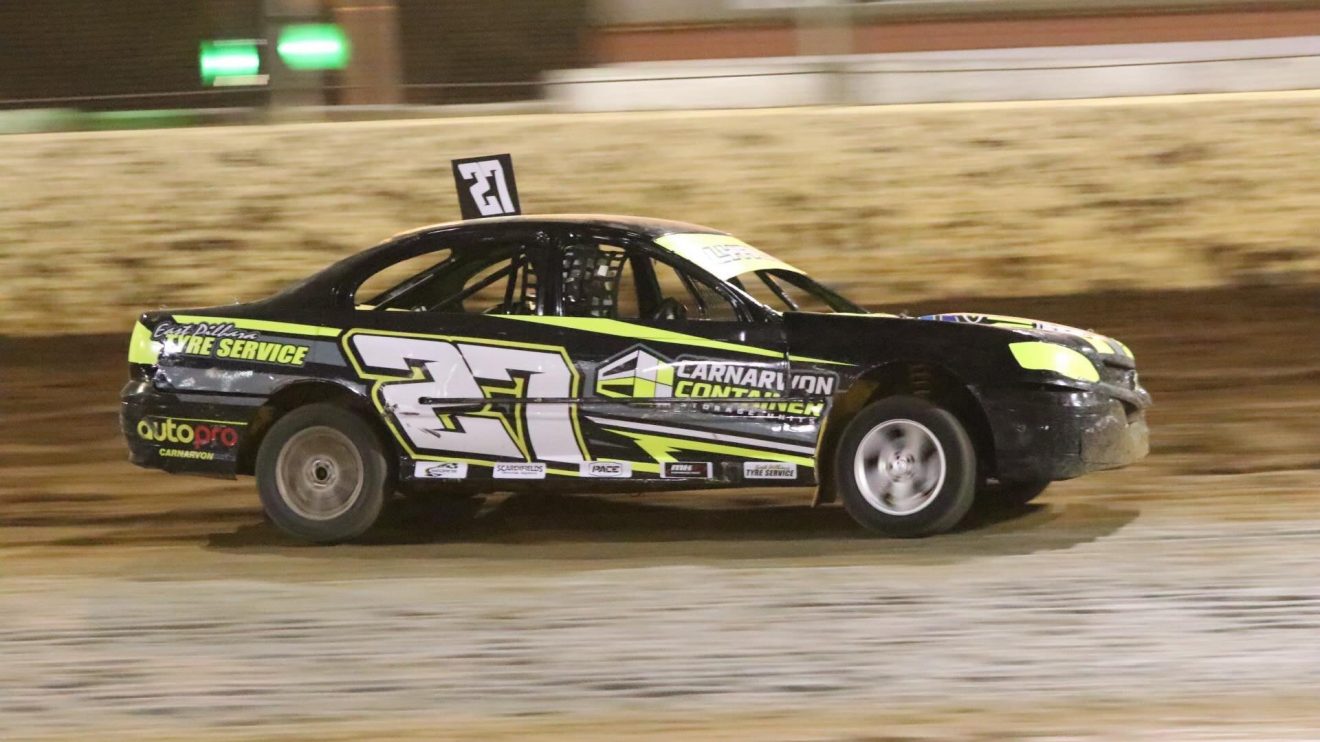 The opening night of the Novus Glass Street Stock Month of Madness at the Make Smoking History Bunbury Speedway got off to a red-hot start. The twin features had epic finishes on one of the best tracks put on by the venue for Speedway Sedan racing.

At the end of it all, it was State Champion Jamie Oldfield and Carnarvon’s Damon Lyall coming out on top.

The opening A-Main looked to be all Oldfield’s for the taking from the start as he was able to open a handy advantage on the chasing pack headed up by Jake Hoath.

Hoath wouldn’t have it his way as a pack of six drivers all fighting it out to get their chance at taking on the leader.

During the later stages, Carnarvon’s Jace Kempton laid the attack on, getting past Hough on to apply the pressure onto Oldfield.

Despite a last-lap lung, Oldfield took his second win at the venue this year over Kempton and Hoath.

The second feature was just as exciting, with three cars again going at it for the race win.

Lyall, David Padmore, and Hayden Norman, who had to transfer into the show via a B-Main, put on a show.

Lyall was to make a mistake on the last lap and allow Padmore to take the win by 0.021 of a second over Lyall, with Norman a very close third.

During post-race technical inspections, it was deemed that Padmore was not conforming to a ruling, and he was disqualified from the race, elevating Lyall to the win and David Fall to the podium.

Local Scott Hunter was involved in a nasty accident during the second preliminary, going upside down while Ryan Penfold collected Hunter mid-roll. Both drivers were able to walk out okay but will not be returning tonight.

Action is set to get underway from 5:30 pm tonight. 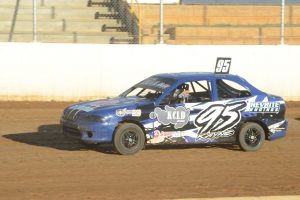 After the first night of racing at the Bunbury Speedway it is Kalgoorlie’s Kayne Dellar who leads the points in the KJB Fabrication Junior Sedan Gold...