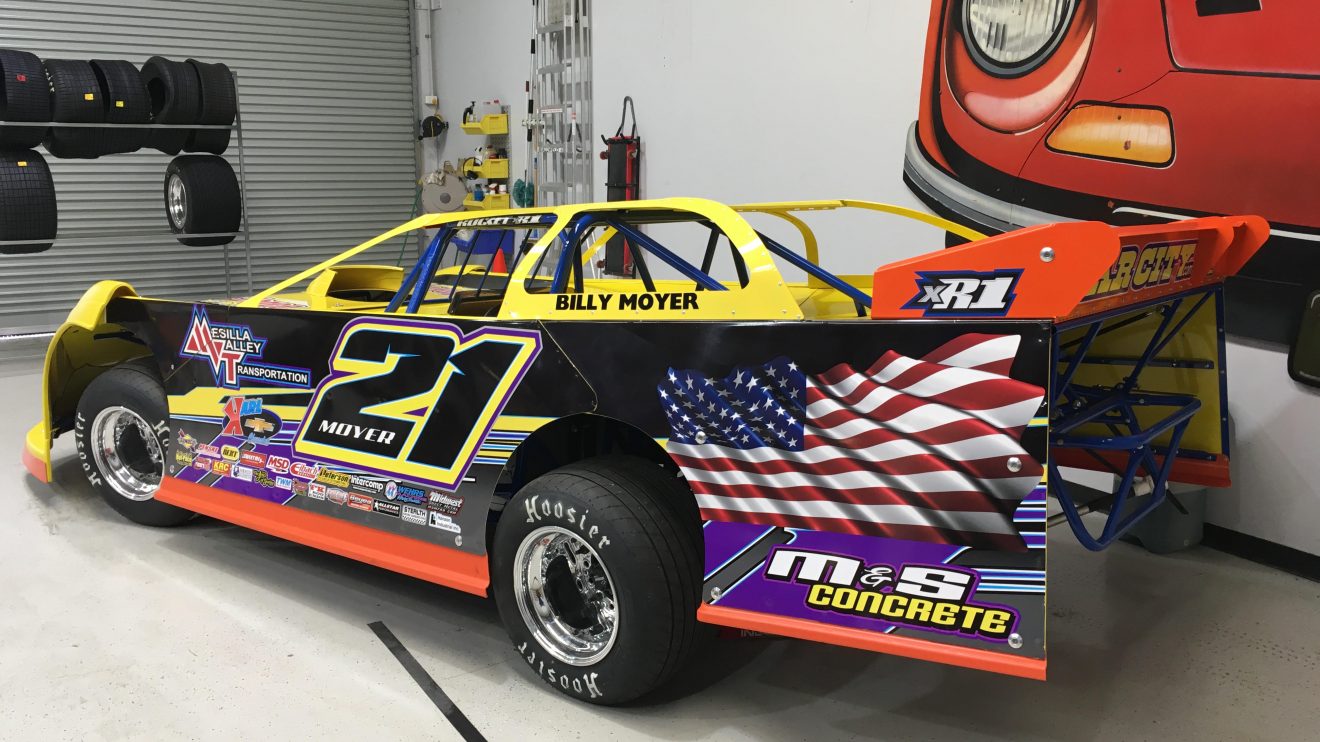 Only days removed from completing his 2018 racing season with a sterling runner-up performance in the $30,000 to win ‘Gateway Dirt Nationals’ on December 1, Dirt Late Model Hall of Famer Billy Moyer is already eyeing the start of his rapidly-approaching 2019 campaign.  As previously announced back in mid-September, Billy will be part of the USA Invasion Tour of Western Australia from January 9-19.  For the first time in his illustrious 41 year racing career, Billy will head Down Under as part of Team USA for four exciting rounds of racing action at a trio of different dirt facilities.

“As the trip nears, I am more than excited to travel to Western Australia to represent Team USA,” stated Moyer while prepping his Batesville, Arkansas race shop for this weekend’s Racelogic Chassis School.  “It is a true honor to be a part of this deal and hosts Paul and Alice Stubber have been more than gracious throughout the entire process.  I’ll be in great equipment when I get down there, so hopefully we can run up front in all four races and help promote Dirt Late Model racing in Western Australia, all the while helping to raise money for their charitable organizations.”

Upon his arrival Down Under, Billy will pilot a brand-new #21 machine for Palice Property Group in the four events outlined above.  At the conclusion of the USA Invasion Tour, there will be an opportunity for two lucky race fans to receive a piece of history – one being a signed rear quarter panel and the other being a signed door panel.  These two prizes will be auctioned off in separate auctions on the Late Model Racing Western Australia (LMRWA) Facebook page with the highest bidders upon closing (Saturday, January 19 at 9:00pm WA time) winning the signed panels.  If the lucky winners are in the crowd at Bunbury Speedway, they will be given their signed panels directly off the car, but if not, the signed panels will be mailed direct to anywhere in the world!

The Stubber’s have committed the proceeds for the door and quarter panels to the Junior Development Program to encourage the Junior Sedan drivers in Western Australia to transition to Late Models at the age of 16 when they are no longer allowed to be classified as a Junior.  In addition, Palice Property Group will match those funds dollar-for-dollar and donate that money to Homestead for Youth (www.homesteadforyouth.org).  Homestead for Youth is a non-profit organization committed to empowering young people at risk (and their families) by providing residential services, mentoring, counselling, holistic and innovative therapies, and psychology care in the homely setting of a Meelon, Western Australia farm.

In what would be one of the highest turnouts for an Annual General Meeting for quite some time, the Bunbury Car Club has welcomed some new and re returns to...