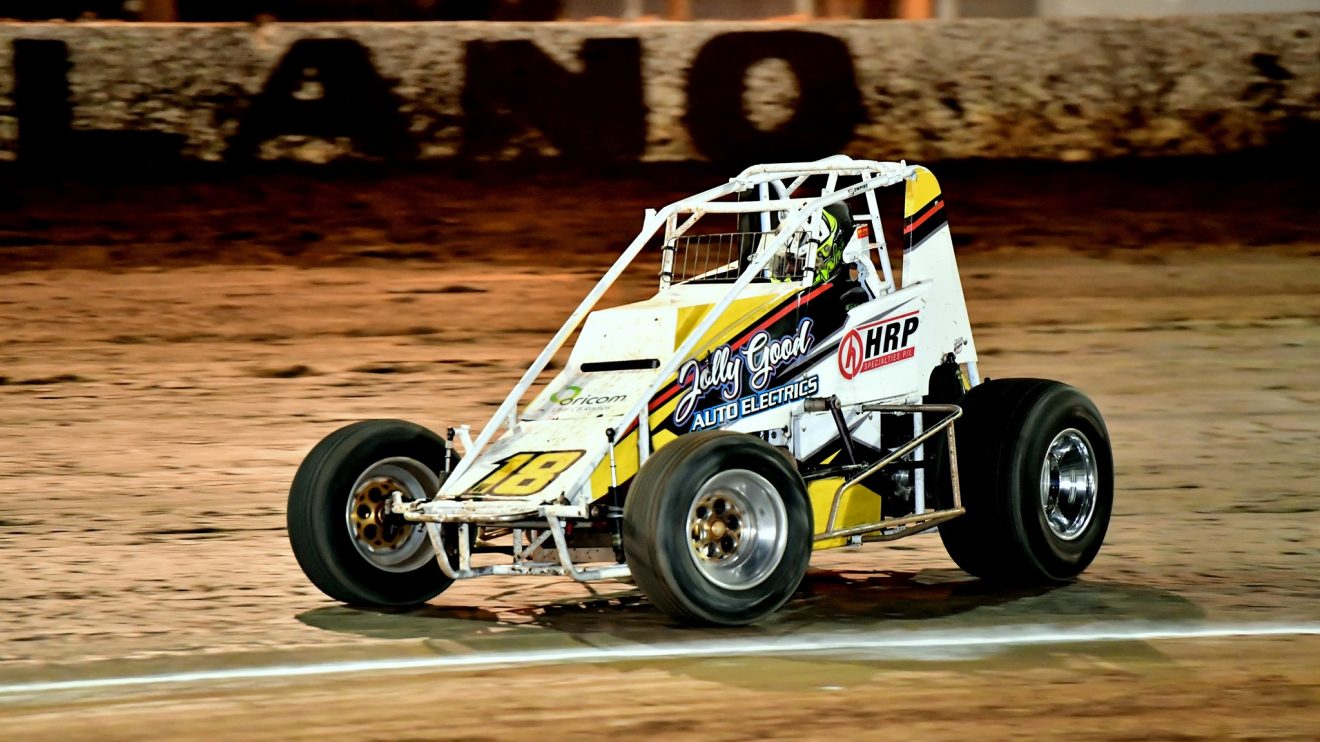 Tom Payet has tonight cemented himself as one of the all-time greats of Wingless Sprint racing here in Western Australia, claiming his fifth WA Title in six years, in what was a great race at the Bunbury Speedway.

Twenty one of the twenty two cars who started the night would start the thirty lap final, with only Brad Fitzgerald unable to make it after coming to grief in his final heat.

Surprisingly an incident in heat two where Matty Fellowes spun, then was hit by Tom Payet who helicoptered and Daran Humfrey then also piled in and rolled, no one else was eliminated.

As the feature race went green it would be Matt Iwanow, coming from position two, who beat pole sitter Ash Hounsfield off the line, leading through the opening turns as Hounsfield got swallowed up by the chasing pack, passed by fourth place starter Brendon Wedge and then under pressure from Payet and third place starter Dean Gittos.

Iwanow led Wedge, while Hounsfield and Payet were side by side for a number of laps, with the rest of the field chasing hard, headed by Gittos.

Wedge closed on Iwanow, Iwanow using mid track and Wedge on the inside line, then on lap five Wedge got underneath and grabbed the lead but on lap six Iwanow got back by to retake the lead.

All of a sudden Iwanow, Wedge and Payet were locked in a three car battle, then half a lap later they were joined by Gittos, Hounsfield and Bryden, a six car battle for the lead.
Unfortunately, it didn’t last long, Bryden riding a wheel coming into turn three, hitting the fence and tipping upside down to bring on the red lights.

As the greens flew again Iwanow would lead away Wedge, Payet and Hounsfield, the top four pulling away quickly.
Wedge went slightly high into turn three on lap eleven which allowed Payet to sneak through, the top four still pulling away from the remainder of the field.

Payet had a go at Iwanow on lap fourteen but wasn’t able to make the move, however a lap later he pulled the move off, leading at the halfway point. Wedge would also get by Iwanow, but Payet was a man on a mission, pulling away quickly away from the rest as fifth placed Chad Pittard closed the gap on Hounsfield.

With nine laps complete the red lights came on again as Russell Seery found himself upside down in the exact same place Bryden was earlier on.

Again, the race resumed, and up front the order remained unchanged, but on Iwanow’s tail Hounsfield and Pittard were going at it for fourth, the order changing between the two a number of times.

Pittard then drew alongside Iwanow, who went very high and lost positions to both Pittard and Hounsfield with three to go, then retired infield shortly after.

This left Tom Payet up front all alone and despite Wedge’s best efforts, he was unable to make a move, Payet going on to record yet another title win. Wedge claimed his second WA Title podium finish in second while Pittard was third, followed by Hounsfield and former champion Daniel Keen rounding out the top five.

It was another great race meeting and a huge thankyou to all those at Bunbury Speedway, including the huge crowd in attendance, and a bit congratulations to our Wingless place getters. 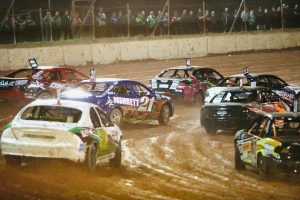