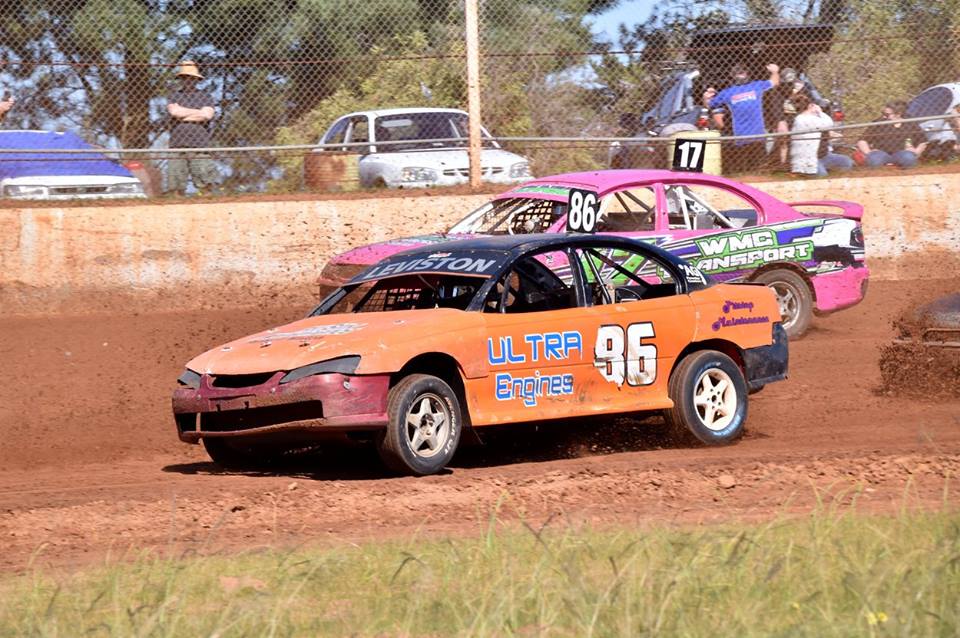 Next event at the Make Smoking History Bunbury Speedway will be the NRG Global/Bunbury Paint Place Production Sedan Gold Cup which will be held on January 12.

Production Sedan numbers yet again are on the rise in the South West with once again drivers coming from all around the state to contest in Bunbury’s premier Blue Ribbon event for the division.

It is also a perfect tune up before the two round South West Production Sedan Showdown which will be contested on January 19.

Nine cars from the original fifteen drivers who started the night would start the feature, with Kane McDiarmid getting the early jump. Rose and Graeme Rafferty fought hard behind him for second, while Wayne Leviston quickly made his way forward into fourth.

Rafferty would work the inside, Rose the outside and the duo stayed side by side as they raced their way around the track until finally Rose was able to power the little Sigma right around the outside and into a clear second place.

Rose then set his sights on the leader McDiarmid, quickly closing the gap as behind them Rafferty went slightly wide, allowing Leviston to sneak through underneath and grab third.

It didn’t take long until Rose would really make his presence felt, sitting just on the inside of McDiarmid for a number of laps until finally a tiny gap opened up and Rose pounced, taking his opportunity and moving underneath McDiarmid to take over the point.

Rose will be once again the one to beat, but with drivers such as Leviston, Kyle Sayer and Lee Watt all showing great pace so far this season.

Junior Sedans, Street Stocks and Legend Cars are also on the program, gates set to open at 4pm with racing underway from 6pm. 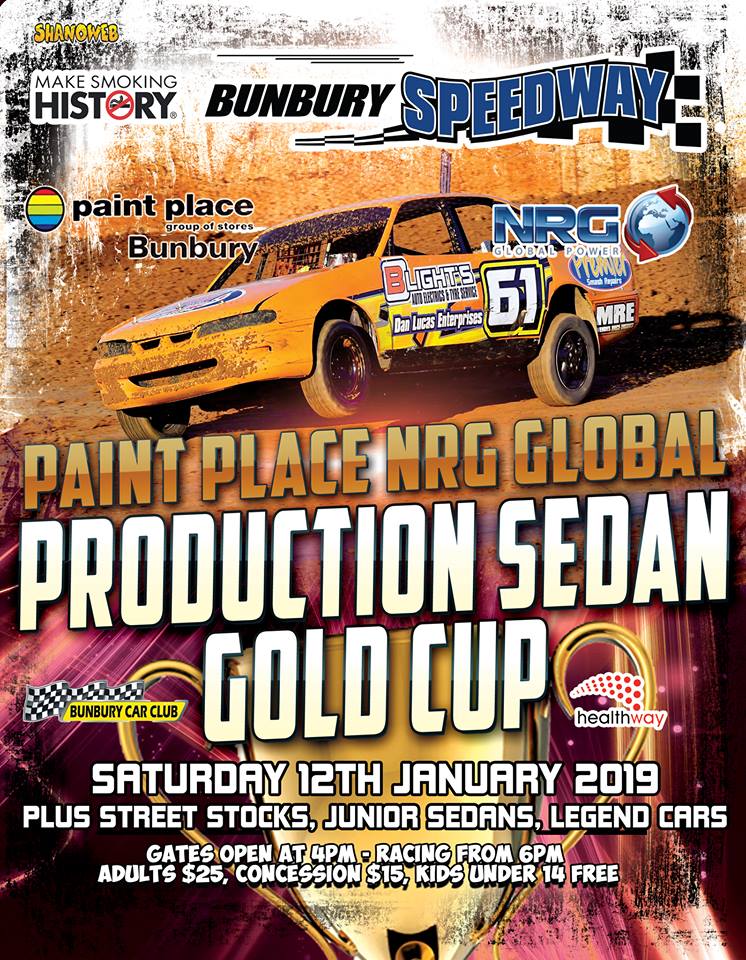 BEARE BACK ON TOP IN BUNBURY