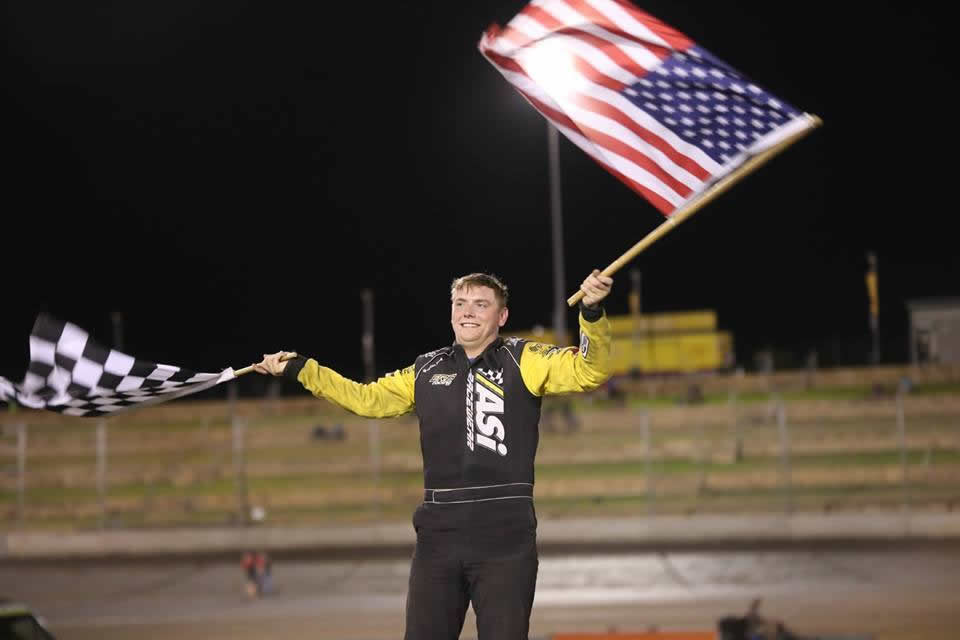 After the success that was the 2017 USA Invasion Tour for ‘Terbo’ Tyler Erb, we are thrilled to confirm in association with HDD Racing, that Erb will indeed be returning to defend his series crown.

In fact, Erb was so strong that his worst finish was a third place: he grabbed three feature wins from four races and finished second in the other, then out of the eight heat races contested he grabbed two wins and was never outside the top three. This gave him the overall series win.

Twenty-one-year-old Erb, from New Waverly, Texas, started racing Late Models in 2012 when he took over his father’s Late Model ride and has had a big career already, with twenty-three wins in Late Models alone.

Terbo has also recently announced that he will be partnering with Best Performance Motorsports moving forward in his American campaign, but the focus is now squarely on defending his Invasion Tour crown after one warm up event at Valvoline Raceway here in Australia.

Driving a new 2018 XR1 Rocket/Durham machine for HDD racing, Erb will certainly be a hard one to beat during the invasion tour and the team certainly aren’t coming across the Nullarbor to finish second!

A year after returning to Australia as part of the 2018 Di Candilo Steel City USA vs WA Invasion Tour, Americans Joe Godsey and Jeff Roth have confirmed that they will indeed be heading back down under to compete in this year’s series!

The ultra-professional two car outfit have once again organized to bring some equipment out with them and are keen to get some more runs on the board, as well as really enjoy the Aussie way of life in what is essentially a racing holiday!

Starting racing back home in America after a chance encounter in 1993, Roth has been racing for a long time now with much success. Concentrating his efforts on the MLRA in the American season just gone, Roth had some good results and came home eighth in the overall standings,

He is keen for some better results this time out in Australia and having more familiarity with the tracks here in WA after his first visit will certainly put him in good stead.

The grandson of the legendary competitor Ray Godsey Snr and son of Ray Godsey, Joe Godsey has a surname that is been synonymous with winning in race cars for many decades. Joe’s grandfather, Ray Godsey Snr began his racing career in the 1960s and is a member of the National Dirt Late Model Hall of Fame.

The younger Godsey, originally of Edinburgh, Indiana, began his racing career in 1994 running a Bomber car he built himself. Over the years he has raced for names like Tony Stewart, winning Track Championships and feature events in the UMP Modified division as well as championships and a number of races in the Super Late Models.

He has previously been the Rookie of the Year for the MARS West Dirt Car Series and this season, like Roth, also concentrated on the MLRA series, coming home eleventh overall.

Jeff is bringing a brand new Rocket XR1 chassis to refit all the gear out of the near new car that was unfortunately rolled over by Simon McNab at Bunbury last season. Joe meanwhile is racing a Swartz chassis, a chassis brand that is rarely seen in Australia, but a winning car nonetheless and should be very quick.

In what would be one of the highest turnouts for an Annual General Meeting for quite some time, the Bunbury Car Club has welcomed some new and re returns to...

One Of The World’s Best Late Model Drivers Headed To Bunbury
Moyer wins in Bunbury, Erb claims the series