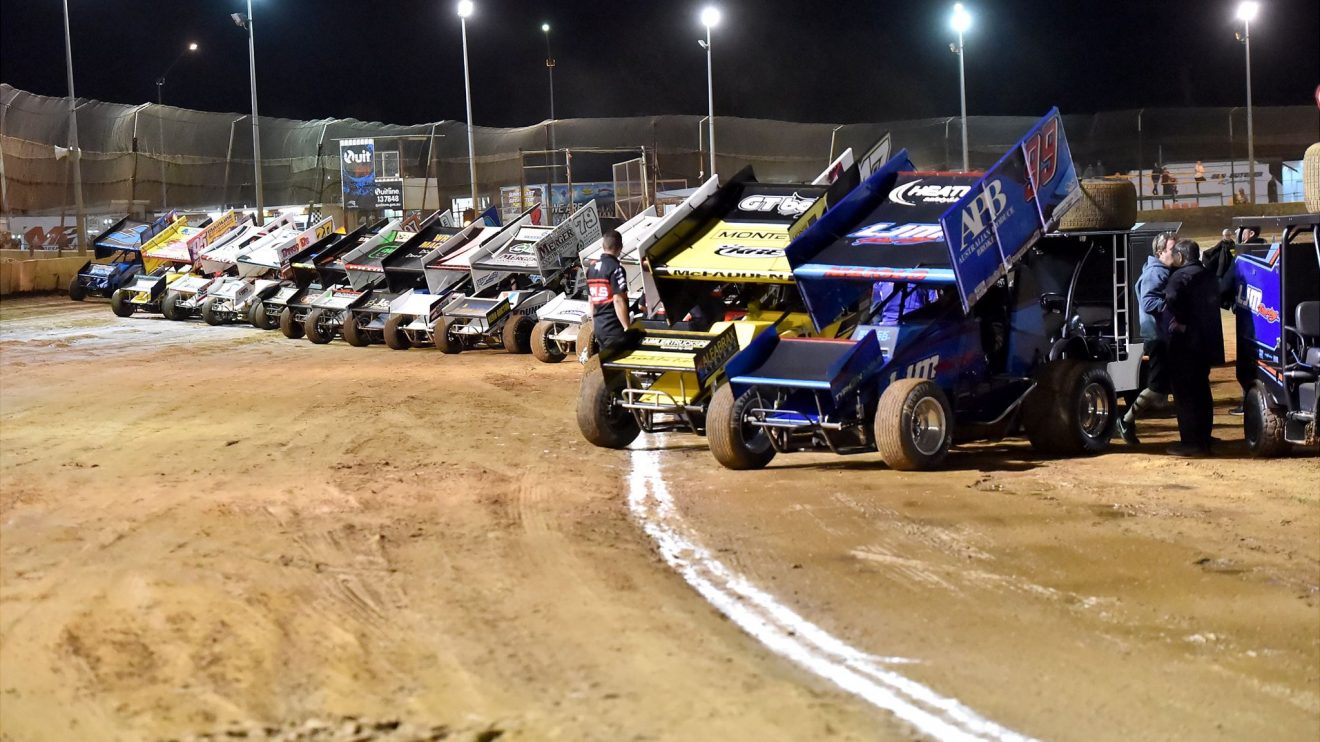 The return of an old favorite with some added spice will bring excitement to the Make Smoking History Bunbury Speedway for the upcoming season.

The 2019/2020 season will start strong on October 26 when the future of our sport will headline the Bunbury Auto1 Junior Sedan Gold Cup.

Sprintcars will make four visits to the South West Venue for the Bunbury Track Championship with their opening round on November 9 with the annual Auto1 Sprintcar Grand Slam.

After the massive success last season, you will able to recover from New Year’s Eve again with the sound of roaring V8’s with Round 2 of the USA vs WA Sprintcar Speedweek.

Back after a one-year hiatus, World Series Sprintcars is back and bigger than ever with the inaugural West Coast Challenge on February 15. More information will be released about this event in the coming weeks.

The time-honored classic, the one Krikke Boys Shootout will happen on February 29 with the event also tripling up as the final round of the Bunbury Track Championship and Maddington Toyota Sprintcar Series.

Three divisions will also hold their State Championships this season at the Bunbury Bullring with Wingless Sprints on January 1, Legend Cars on March 14 and the Production Sedans on April 18 and 19, with interstate interest for all events.

The annual blue–ribbon marquee events for Productions and Street Stocks will be held at back to back meetings with the Production Sedan Gold Cup on November 16 and the Street Stock Summer Cup hosted on December 14.

February 8 will also see the return of the South West Sedan Championship with the region’s best Street Stock, Productions and Junior Sedans all in attendance.

Late Models, Limited Sprintcars, V8 Dirt Modifieds and the return of Formula 500’s will all make at least one appearance for the season. 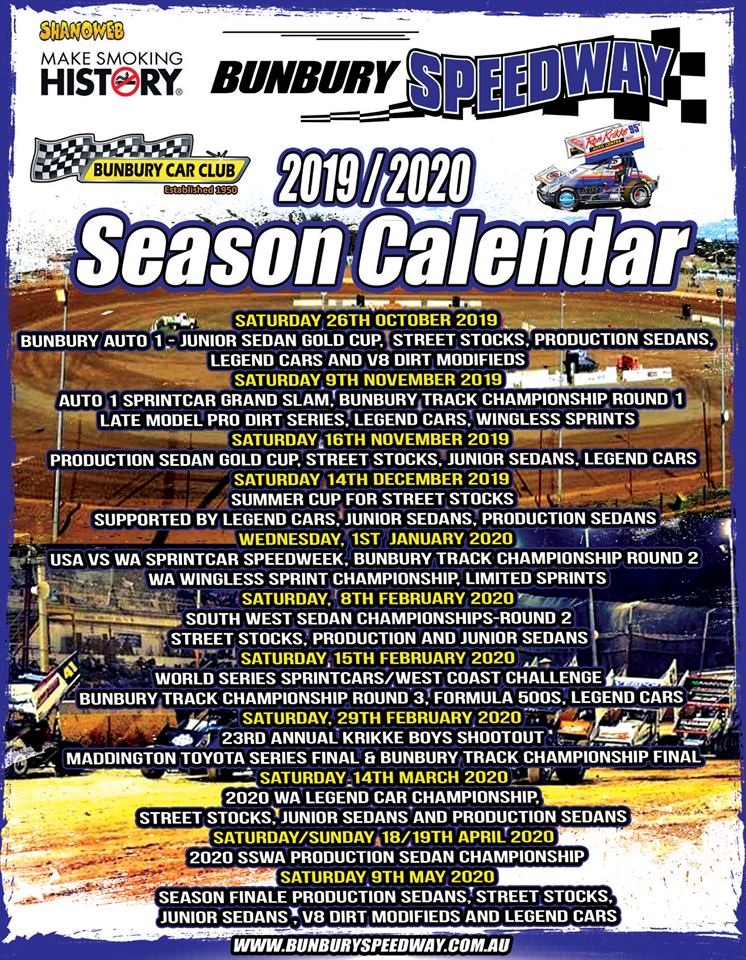