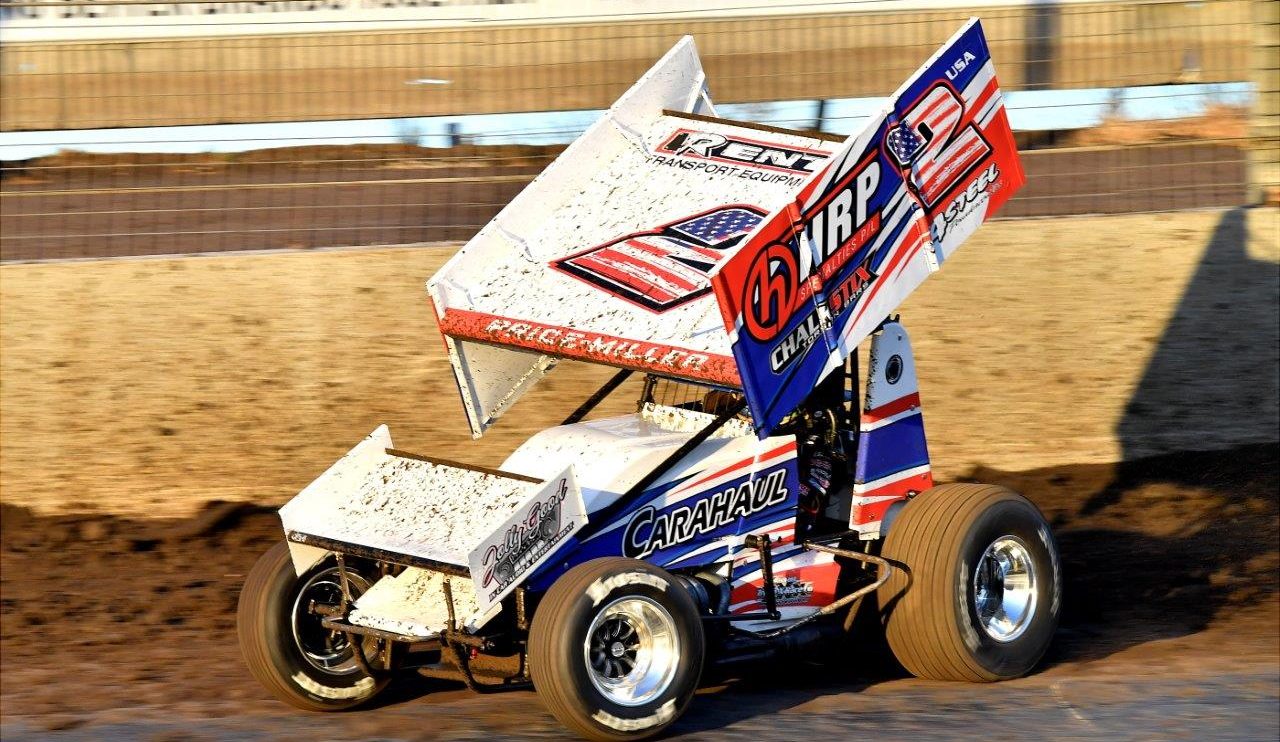 The Make Smoking History Bunbury Speedway is set to bring the New Years in a bang as they have been awarded the Grand Final of the USA vs WA Sprintcar Speedweek.

Three American drivers will be on hand to bring in the new year at the Bunbury Bullring Speedway on January 1.

Last year’s first-time visitor, Parker Price-Miller is once again back to take on the best Western Australia has to offer.

Since we seen him last year the Kokomo, Indiana native has had a strong year with 74 starts, gaining two wins, with one being major victory in the Bill Waite, Jr. Memorial at LaSalle Speedway in LaSalle, Illinois where he defeated Giovanni Scelzi and Tony Stewart. Price-Miller also gained 16 top 5’sand 35 top 10’s including a strong run in the Knoxville nationals where he won the B-Feature to transfer into the main event where he finished 18th.

The winner on the World of Outlaw circuit in 2017 had his 2018 campaign cut short when he was involved in a nasty accident in the Trophy Cup at Thunderbowl Raceway in Tulare, California.

Grand Forks, North Dakoda native Mark Dobmeier is one driver who is quite familiar with the Bunbury track, so be it, it has been a long time between visits for the American.

Dobmeier will reunite with Kendrick Racing after driving for the team for the first time over a decade ago.

At Dobmeier‘s home racetrack the River Cities Speedway, he is the winningest driver in the venues history in 410 Sprintcars.

A winner 13 times in 2018, Dobmeier also has fourteen A Main victories at the famed Knoxville Raceway along with three World of Outlaws A Main career wins to go with five track championships at Husets Speedway in South Dakota.

The third and final driver is 23-year-old professional racer from Lindsay, Oklahoma, Harli White. She will be driving for Terry Cutts and have local crew chief Geoff Murphy overseeing the team’s operations,

White’s start to racing has been well documented. In her first race ever, in a Micro car at the age of 12 in 2008, her car flipped onto its side and the car burst into flames – she was trapped and couldn’t get out.

A man by the name of Donnie Ray Crawford was her angel on this occasion, pulling the young girl from the burning car.

She was left with scars to more than 50 per cent of her body, including many deep, third-degree burns, with the scars today serving as a visual reminder of that horrible night. In 2009 White returned to racing in Micros and has since made her way up to Sprintcars.

With a full support program on hand to kick off the New Year, and children 14 and under in for free when accompted with an adult it is one event you would not want to miss. Gates will open at 4pm with racing scheduled to start at 6:30pm